The idea for this blog posting came to me one night as I watched rap videos and thought about the negative stereotypes that women face in mainstream/hip hop culture. I asked myself, “What are the stereotypes of males in our media?” If young women are being taught to be sexualized at such a young age, what are our young male counterparts being told? For the purpose of this blog, I will be writing about the dad characters on TV and in the media. As I began to think about the male characters that I had grown up watching I realized that there were not to many positive role models for us guys either.

Homer Simpson – Does he even need an introduction? Homer is the epitome of the american male sterotype. Beer drinking, bowling, overweight and the main bread winner are some of the common cliches present. 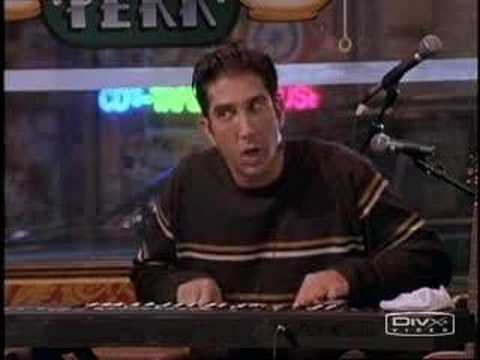 Ross Gellar – This dad character was interesting to me. Ross didn’t have any of the regular cliches except the fact that he had no game whatsoever and could not talk to women. He was the only dad on a TV sitcom to get divorced and was practically pushed out of his child’s life by his newly out of the closet babies momma. Looking back I can reflect on how little we ever saw Ross’ son on the show and how typical that is for lots of single dads across the states. (fathers for families.org) And then Rachel had to go and have his baby and tell him to F off. (I need to take a break before I get riled up over some fictional characters……)

Alan Harper – For several seasons, Alan Harpers neurotic, divorced and broke dad character has remained those things. This is the most painful for me to watch. Here is a single dad, who is constantly under moral attack from his holier (and “cooler”) than thou brother, and always under attack from his ex-wife. Look around single dads, this cliche is always closer than you think.

Jim Orenthall, Ray Barone, Paul Hennessey – Back to happily wed dad characters. This is the most common dad cliche around. A coupe of kids, wife and life in the suburbs in a big house where the bedrooms are always upstairs and out of camera view. The parents-in-law were always around to help with the kids and life is generally peachy. None of these dads really compel me to watch their shows or anything.

After looking at a bunch of different dads on TV, the most common characteristics I noticed were

There are obviously dads on T.V. who break this mold and these are the dads that we really felt we could actually learn something from.

Dan Connor – Dan was THE all american blue collar dad. This was the tv dad I related to the most. Dan Connor didn’t really take any shit from anybody. He worked lots of different jobs, tried to open his own garage, and beat up women abusers. He was always around for his kids and made an effort to really address the issues and help them with life. He smoked a little weed (and got paranoid and hid in the shower!! hahaha) but was most definiteyl the most REAL dad I ever saw in a sitcom. 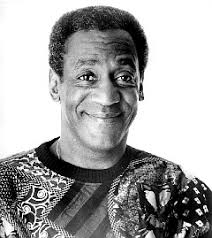 Cliff Huxtable – I enjoyed watching the Huxtables as a kid becuase Bill Cosby was a damn good tv father. You couldn’t get away with anything in that household with out getting a talking to by either Cliff or Claire. The Cosby Show was produced by the same company as Roseanne and I have a feeling was supposed to be the white equivilant. I did notice at a young age that these two race sterotypes at the time were completely backwards. Rich black family vs. poor white family and it lead me to watch Roseanne a lot more because I could relate to it easier.

Phillip Banks – Judge Banks was a great TV father, taking in his “delinquent” nephew in the rich town of Bel Air. Maybe I was too young to notice any topics of racism on the Cosby show but I do remember the “Being Black while Driving” episode of Fresh Prince!! It was that episode that made me realize a lot of things about America and also put Philip Banks into my top 5 TV dads category.

Tony Micelli – Tony was another all around blue collar single dad trying to raise a daughter. I think we all know why I liked this Dad. Because he had a hot Daughter!! I would of done anything for a date with young Sam, and based on how she looks now, I probably still would. But Tony was a perfect example of a stay at home dad, who ended up looking after his employers son as well as his own daughter. It also challenged cliches and sterotypes as Tony was the live in maid/caregiver which was usually defined as a womens role.
Hawkeye Pierce  (not pictured)- I know that Hawkeye wasnt really a father in the usual sense per se. He was also a crazy womanizer. But as a male role model and lead surgeon, Hawkeye really had the eyes of the #4077 on him. And on numerous occasions, (even in the first season) he was raising money or support for different people on the army base and trying to help and play a father figure to whomever he met.
In part 2 of this blog, I will be looking at the stereotypes of dad’s on TV, the nature vs. nurture arguement and race relations in the media.
Now this is more just my opinion than anything, but I really feel like prime time TV is trying to encourage and suggest how we live our lives. By watching a TV show about something you can relate to on TV, we will feel comfortable doing the same activities, wearing the same clothes, and using the same brands as the people on TV. During prime time hours, a typical family will have just had dinner and be winding down trying to relax and rest up for tomorrows long day of work/school. Anybody who has ever meditated knows that a relaxed brain is a brain that is open to suggestion. So as we watch our favorite programs, we are being suggested to consume products and act certain ways. Here are some of those suggestions that I would like to bring some light to.
Here are some other TV dad lists/information you might find interesting.
tv dads
worst and best tv dads
some other guys top 6 TV dads
And don’t forget to come back and join me next week for the exciting of conclusion of…..(whats that, this is our last episode? Mid season cancellation what?!?!?!!?) just kidding.

There are no comments yet, add one below.